Why we organised a press conference

Huseyn Abdullayev – was arrested in April 2018 by anti-terrorism police in the city centre of Istanbul. Turkish officials handed him over to Azerbaijani officials within 24 hours. He was then taken to Baku, despite having been granted political asylum in Germany in 2013 and possessing a valid passport issued by the German state. This was neither an extradition nor a deportation: It was kidnapping. At the end of August, the UN’s Working Group on Arbitrary Detention (UNWGAD) called for Husyen Abdullayev’s immediate release. The commission determined that both his arrest in Turkey, as well as his imprisonment in Baku, were illegal. Towards the end of March, in an open letter addressed to Chancellor Merkel, we asked Germany to lodge a formal protest against Turkey and Azerbaijan, and called for the issue of Huseyn Abdullayev’s liberation to be pressed at the highest level of political power in Baku. Unsuccessfully. Today, following the UN’s latest decision, we reiterate our demand to Germany through a press conference.

On 26 August 2020, the UN’s Working Group on Arbitrary Detention (UNWGAD) examined an appeal submitted by Huseyn Abdullayev a year earlier. After so-called contradictory proceedings, during which Turkey as well as Azerbaijan presented their arguments, the working group stood by its decision, claiming that both countries were in a gross breach of their own national laws and international obligations. As a consequence, the working group stated that “a) the Azeri government release Mister Huseyn Abdullayev immediately;” and “b) the Turkish and Azeri governments grant Mister Husyen Abdullayev an enforceable right to compensations and other reparations in accordance with international law” (Point 114). In addition, the working group called on “both governments to urgently set up a complete and independent inquiry into the circumstances surrounding the arbitrary detention of Husyen Abdullayev and undertake the appropriate measures regarding those responsible for the abuse of his human rights” (Point 115).
View the key documents

The Palais Wilson in Geneva, headquarters of the UN’s Working Group on Arbitrary Detention

« Mrs Angela Merkel, help me return home, to Frankfurt, the city where I lived until my kidnapping »

My name is Huseyn Abdullayev. In November 2013, Germany granted me political asylum, thereby protecting me against political persecution from my home country of Azerbaijan.

In April 2018, I went on a trip to Turkey with a German-issued passport in my name. I made sure that I had the right to travel before undertaking my journey. The person who handed me the passport guaranteed that I could freely move anywhere abroad, bar my country of origin. She said: “You are under the protection of the German State and its Constitution.”

On Saturday 21 April 2018, towards the end of the afternoon, having been in Istanbul for several days, I was arrested by around fifteen police officers wearing uniforms of the Turkish anti-terrorism Office. Despite my repeated demands, I was presented with no document justifying my arrest. I was refused the right to call my lawyers or my family. An hour later, I was imprisoned in a cell in a small local police station.

The following morning, a police car took me to Istanbul’s Atatürk international airport. The same day, notwithstanding my total disapproval and vigorous protests, I was forced to embark on a Turkish Airlines flight to Baku, the capital of Azerbaijan. My explanations, shouts and supplications were to no effect. In violation of their national and international laws, the Turkish and Azeri authorities coldly carried out what can only be called my kidnapping.

Upon disembarking, I was incarcerated and placed in isolation in a prison in Baku. I have been languishing there for nearly two years to the day. In October 2019, after a mockery of a trial, I was condemned to six years of prison on the basis of entirely fabricated accusations. My health is deteriorating. My life is in danger.

Since my arrest, I have been pleading for Germany to help me. Your diplomatic services first resisted, then consented, to sending a representative of your embassy to be present at some of the audiences of my trial in Baku. The same person visited me once in my cell. This is far from sufficient. How can Germany remain mute when it finds out that a man it granted political asylum to was kidnapped and forcefully brought back to the country whose persecution he fled? To this day, your diplomatic services have rejected all my demands to lodge a formal protest against Turkey and Azerbaijan. They also refuse to intervene in my favour at the highest level of political power in Baku.

I have never violated the law, in any country. My only crime was to criticize the authoritarian regime in my home country. In the face of the inaction of your Ministry of Foreign Affairs, I have no other solution than to appeal to you directly, Madam Chancellor.

Mrs Angela Merkel, help me return home, to Frankfurt, the city where I lived until my kidnapping and where I own an apartment. I beg you to intervene with President Ilham Aliyev to demand my immediate release.

With my respectful greetings, 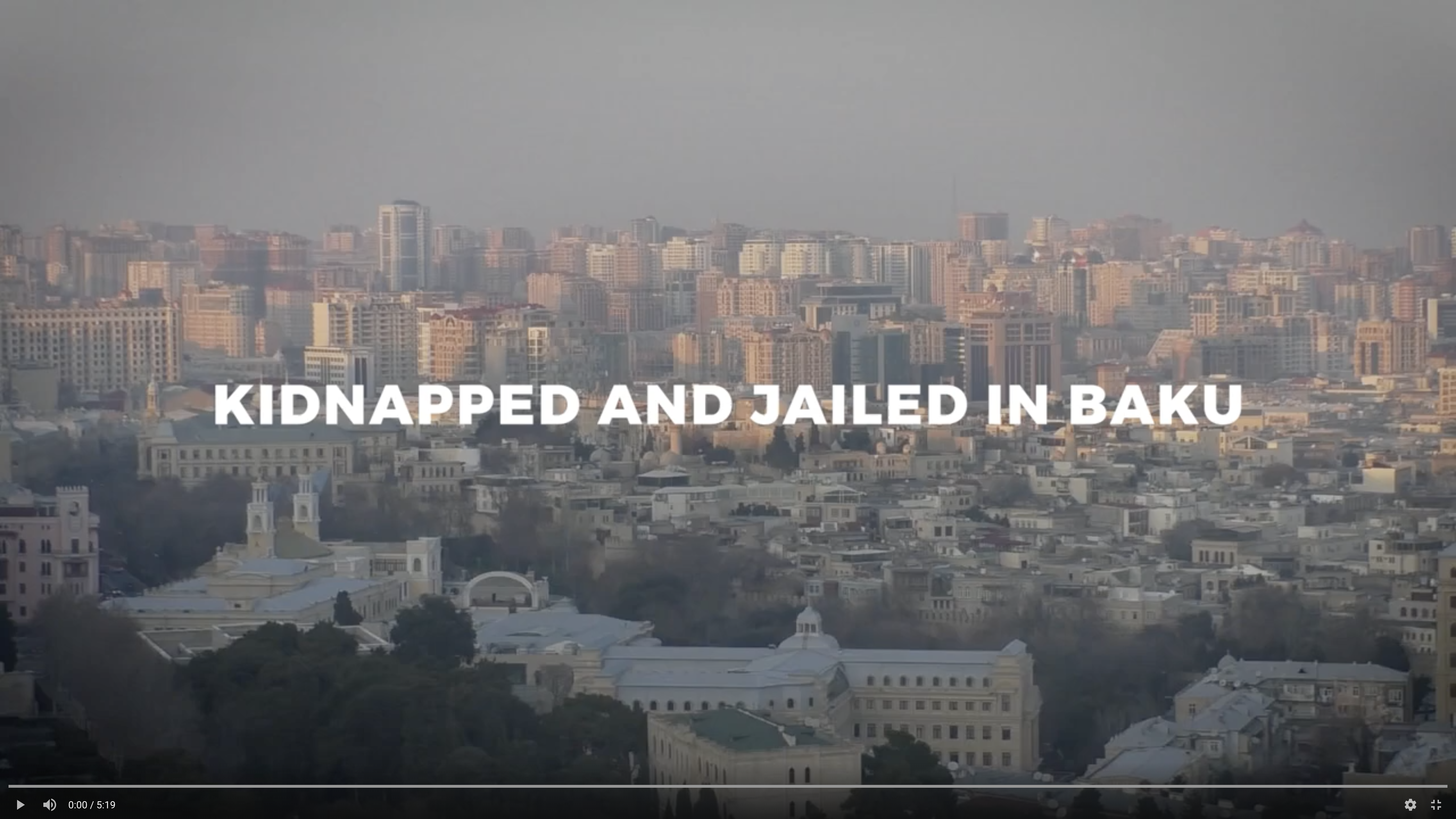 « She said: “You are under the protection of the German State and its Constitution.” » 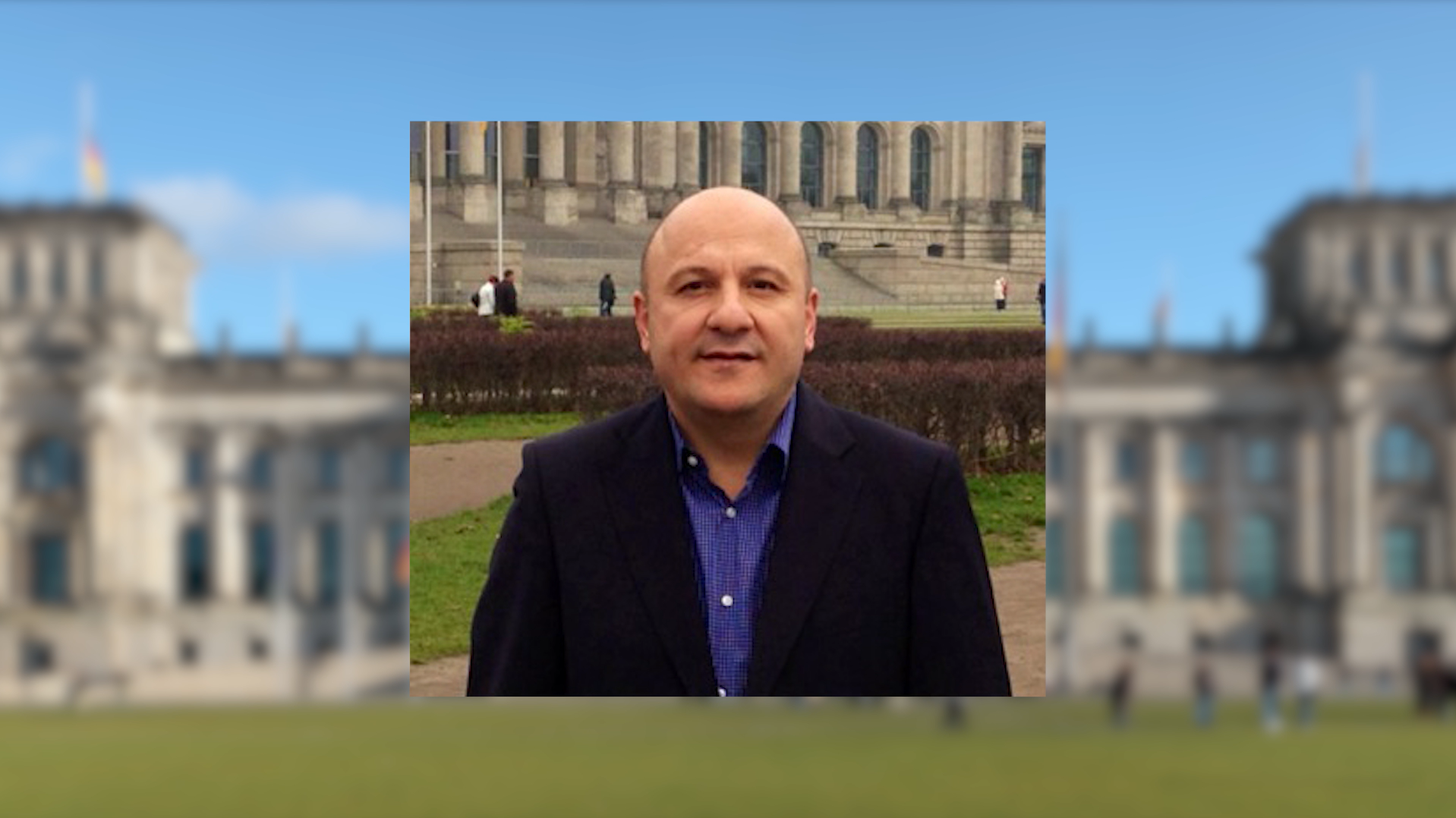 After the fall of the Soviet Union, Huseyn Abdullayev, today age 52, became one of his home country’s main entrepreneurs. In 2005, he was elected a member of the National Assembly of the Republic of Azerbaijan. In 2007, after criticizing the work of the Prime Minister, he was arrested, imprisoned, and sentenced to two years in prison. This decision led the European Court of Human Rights to reprimand Azerbaijan. On 5 June 2013, Huseyn Abdullayev uploaded a political video onto YouTube in which he decried the repression in his country and encouraged the population to end their silence.

A criminal proceeding for tax evasion was opened against him in Baku the next day. It is this proceeding that has led to the sentence of six years in prison he is currently serving. Huseyn Abdullayev’s arrest, kidnapping, and ongoing detention are politically motivated – consequences of his criticism of President Aliyev and the government. In August 2019, Huseyn Abdullayev denounced Turkey and Azerbaijan to the UN’s Working Group on Arbitrary Detention, which, a year later, disclosed its decision and called for his immediate release.

The key dates in Huseyn’s history

— Huseyn Abdullayev’s release is demanded at a press conference in Berlin.

— The Court of Appeal of Baku confirms Huseyn Abdullayev’s sentencing to 6 years in prison.

— Huseyn Abdullayev appeals against his sentence of 1st October 2019.

— The Military Tribunal of Baku sentences Huseyn Abdullayev to 6 years in prison.

Write a message to Huseyn…

Media inquiries can be sent to info[at]freehuseyn.org

Find us on social networks

This page is available in